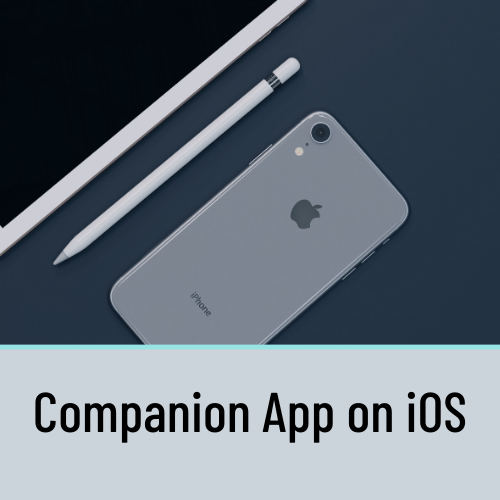 As we discussed late last week, we’re in final preparation for another important update to our HomeGauge Companion app on iOS. The upcoming release will reintroduce multi-select functionality for comments along with some more under the hood improvements. We will make this update available within the next 48 hours during the early morning or late evening hours to avoid disrupting your work day. For those of you who have enabled automatic app updates on your iOS device, the update will be installed automatically behind the scenes.

If you would like to learn more about how apps update on your device or would like to manage those settings please visit this Apple Support Page.

Earlier this year we made an internal commitment to improving the overall reliability, stability, and performance of our iOS Companion app. We also wanted to make sure we modernized the underlying app architecture so that as iOS, iPhones and iPads evolved our app wasn’t left behind.

We also understood – after talking to inspectors (many of you) and dedicated folks on our Support team – that some inspectors had switched from iOS over to Android in order to get a better mobile experience.

If you switched to Android because you wanted to use an Android device – that’s great. But if you switched because you didn’t have confidence in the iOS app; well that is something we want to change. We firmly believe you should always have the ability to use the mobile operating system and platform that 1) you want to use and 2) you are most comfortable using.

That said, let me provide a brief summary of some of the changes we’ve made to the iOS app this year:

The March release put us in a position to address additional issues and further improve our app. Here are some of the post-March items I’d like to highlight:

Why is this important?

When our app was first introduced, we had to rely on a lot of third-party libraries in order to make certain features work. Over time Apple has provided many of these functions natively which means they are less prone to error and perform much better.

Further, these ‘under the hood improvements’ also account for new device sizes, form factors (think iOS devices with a ‘notch’ for FaceID), and screen resolutions.

In sum, these updates also allow us to continue to release new updates through Apple’s App Store.

The updates released in September not only continue to help improve reliability and performance, they also make our app ready for iOS 14 (which Apple intends to release this fall).

Given the scope of the September release, we had to temporarily remove the “Find Next Unanswered” feature and the ability to select multiple comments at the same time so that they could be re-written.

We plan to reintroduce the ability to select multiple comments with an update that should arrive to the App Store as early as next week.

Our plan then is to follow up with another release – approximately 1 to 2 weeks after – which will reintroduce the “Find Next Unanswered” feature.

I hope this update helps provide additional context and sheds some light on the next two planned iOS updates. If you have any questions or any other feedback please feel free to email us at productfeedback@homegauge.com or reach out by contacting a member of our Support team.